The End of the Current Season 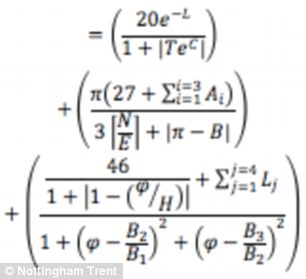 I had this dream this morning and it is fitting giving the date and our lives. It has to do with lessons we’ve learned and what we’ve learned from them.

In a dream I just woke up from. I was at a place I don’t recognize. I was in class and we were being shown this last portion of this formula we had been learning. It first appeared quite complex, but as the teacher showed it to us, it was quite simple. It was basically everything we had done thus far, but just put together in a tall formula.

In the next scene, I was outside with one of my classmates, the classmate was someone I knew from middle school. We were gathering and waiting on a couple others to study. It was also December 31, so we planned on celebrating the New Year too.

Soon the classmates we were waiting on arrived and we were ready to have some drinks while studying. We also had some minor food there, like finger-foods. I remember while eating, my two upper canines got loose and partially fell out. I had the outer shell in my hand, but the rest was still in my mouth. I knew I had an appointment with my dentist tomorrow to work on my teeth, so I put all the teeth I had lost thus far into my pocket in hopes that she could fix them tomorrow. I was also concerned about the cost knowing I’d have to go into debt again to get it all done.

I must also mention that when a classmate arrived, I recognized that it was one that in the past had messed with me before when we had drank. I had always just given in, but this time I was going to fight him if he tried messing with me again.

Near the end, when the last of us arrived to celebrate and study, the last person was someone I know, but haven’t talked to in a while and he didn’t remember my name at first. The dream ended as he was working towards remembering my name.

This has to do with the end of the current season we are in our lives. Not recognizing the place could mean that we’re in a place in life we don’t recognize; perhaps, never experienced or being in the situation before. As with former dreams I’ve shared before, the classroom is simply a place of learning; learning a lesson. I see this formula in this scene as, since it appears quite complex at first, but then we see it as quite simple, I see it as the things we have been shown and taught in this current season. Since the formula is quite tall, the things we went through and lessons we learned all together may have been difficult. From the distance or first appearances, the final “test” appears difficult, maybe impossible. But as we look closer and we use discernment, we see that it’s just a culmination of simple lessons and stack onto each other to appear more difficult.

Being with other people I once knew to study, I see this as it meaning that this involves others and not just me. I see this as meaning that others will come together to work through and reviewing the recent events of life in order to “study” for the test. Since December 31st is generally the end of the year, I am not going to say that December 31st is not a literal thing, it could be for some or all, but I currently see it as a parallel of the end of the current season and entering into the new season.

When the other classmates arrive with drinks (alcoholic), I see this as a fellowshipping with others. The finger foods represent the small lessons and events we went through and us eating them, is a parallel of us studying them and reviewing them. We must be sure to take account of everything that we’ve learned or else the test may be more difficult.

The part of the two teeth falling out shows a lack of self-confidence we may feel when studying the past events. With putting them together with all the others and hoping that the dentist could repair them shows that we’re putting our self-confidence in others and not ourselves. We need to believe in ourselves as we go through this test. The debt part of the dentist is evaluating how much it would cost us if we did go to others for confidence and not believe in ourselves.

The classmate that arrived and I recognize him as the ones in previous dreams that would mess with me, but I would allow him before, but I determined not this time. This is a parallel of the teeth and dentist part. The ones who have come against in the past and we allowed them to because we didn’t have the self-confidence, it’s time to stand up for ourselves and not give in.

The part where someone we knew entered the dream, but they didn’t remember our name. This represents people that we’ve known before, but they don’t recognize us because of how much we’ve changed. Our name is a form of our identity, so for someone not to remember our name, it’s symbolic of him/them not recognizing us as who we were before. It’s very possible that how we do on the test will determine how people will see us after. Will they see you as who you were before or will they “not recognize” you because of how much you’ve changed whether for good or bad?