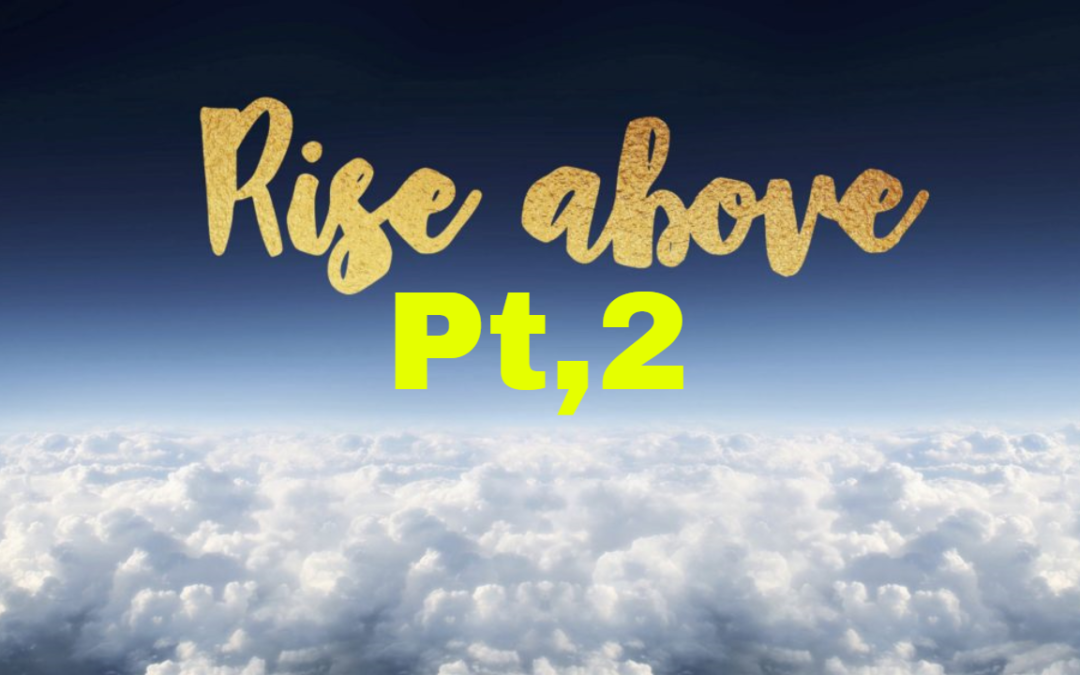 God’s response of “Fear or Rise Above” has been heard. A week ago I posted a blog on a dream that I had that week, which included the basic interpretation. I knew I had to get it out.

Well yesterday was quite a lot. From a very strange dream that I’m still working on, to God showing me that these are the events that must occur to bring about the beginning of the end of an era. And then a co-leader with the Truthseekah discord shared something with me that has been prayed for in the pagan community for years. She also confirmed with me that the tower in the original dream is symbolic of a system in place, which as I mentioned in the Rise Above blog before was a suspicion.

In pagan communities, they have been praying for, what they call “Tower time” for years now. Additionally, it was shown to me that there is a strong resemblance of the Leviathan and Behemoth to what is going on today; they are both of the primal Chaos. So what does all this mean? This goes hand-in-hand with the “Fear or Rise Above” dream (link above). Leviathan is of the sea, which we can see in the beach and tower scenes all the fear and mayhem comes from the deep sea (sharks and large waves). If we give into fear, we will result in the 2nd scene; cowering in fear as the enemy takes hold. But if rise up and climb the tower (3rd scene), we will be able to defeat and bring down the current tower (system).

Now wouldn’t us praying for the current system to be torn down be exactly what the enemy wants? Yes, BUT what we would be allowing to be torn down, we would also be starting to build the foundation of a new system if we won. The enemy wants to take completely ahold and destroy God’s kingdom that He is working to build here on earth, but by taking control ourselves (Kingdom of Heaven), we “force our hand” and God will bring about what He wants to be done.

There are many examples in scripture where God allowed and used chaos and mayhem to destroy a system or cities. He either brought in a better replacement or allowed the enemy to ransack it due to His people’s disobedience.

There are countless examples of God not getting what He wanted (what was best) in scripture; just to name a few:

What’s the difference? If we cowered down and gave into fear, we would be giving into a new system of fear, lawlessness, mayhem, and anarchy. But if we rise up, we would be tearing down the system that does need to be removed, but replacing it with one that’s Godly, much more peaceful, and structured. Now keep in mind, I don’t know how farspread this would affect. It is very possible that this could become global. We also need to remember we saw in the last scene of the dream, that once the tower (system) has been removed, we cannot return to the status quo of before.

All spiritual and mystical Christians know that the current church is either completely dead, or sound asleep; we see this daily in many different forms. I have seen evidence of them beginning to wake up and/or come alive again. Sadly, many people don’t believe or don’t have a “wider scale” understanding that in order to change something, sometimes chaos and disaster must happen. This is simply because those who are in power don’t want to lose the power, or people don’t want to deal with change. And when change comes, especially if it’s a very large scale, there is always a fight against it.

With all that being said, I am strongly considering beginning a weekly zoom gathering. The focus would be to pray towards the building of the foundation of the new “system” God wants to place in and removing the current system.

And before anyone gets any ideas, I am NOT calling for anyone to go out and cause mayhem. This is strictly a prayer meeting to work to bring forth the newness of God. Anyone who does, is giving into the enemy and I condemn that. I will post soon as to when I decide to begin this. I ask everyone who reads this to continue to keep our nation in your prayers; something drastically needs to change and since God gave us dominion over this earth, we need to begin learning how to use that dominion.