Next Wave of the Storm 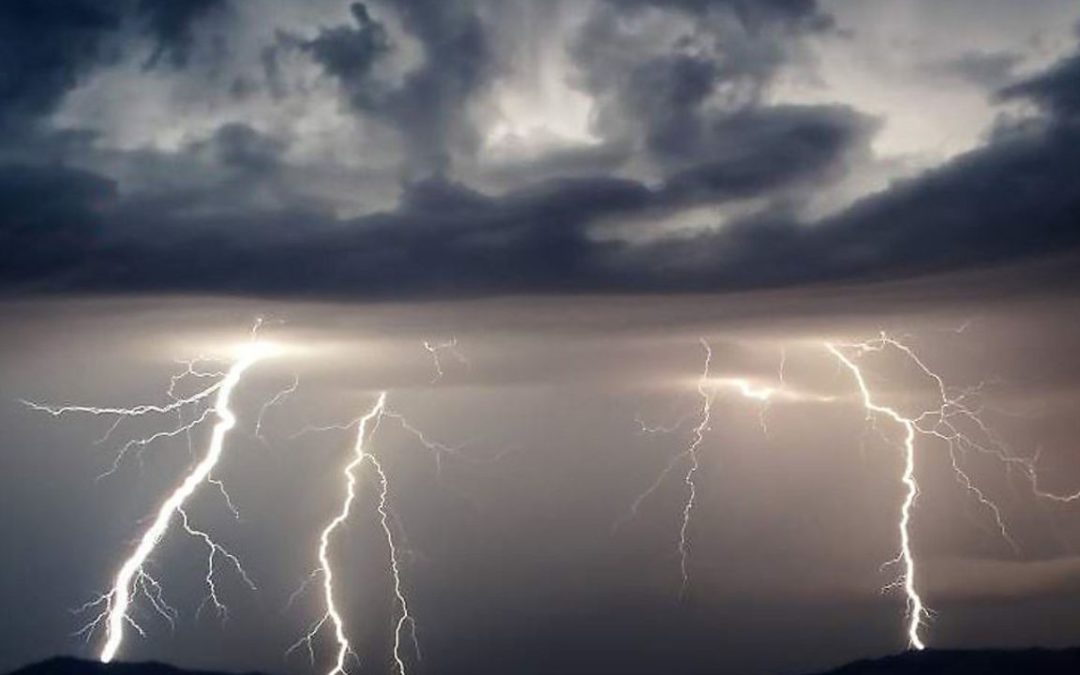 I believe this could be the next “wave” of the storm that we are experiencing in our nation at this time. It will be strong, but swift. We need to be prepared.

I believe this could be the next “wave” of the storm that we are experiencing in our nation at this time. It will be strong, but swift. We need to be prepared.

As I was doing this, the storm hit and it was blowing dead leaves and mayflies strongly against the windows.

I got to a door and I found my grandmother coming out of the other side. I greeted her and told her I was securing everything due to the storm. She told me not to lock both ends in case someone from one side tries to get out. And she told me a story about this child who tried to get out from one side, but wasn’t able to. It was like she was telling me a ghost story. I literally saw the leaves and bugs hitting the glass and the mayflies trying to get in as me and her were walking when I first saw her.

As we were walking, we discovered this massive underground cave that was underneath the property. It was covered in ice, but also had water flowing. She went ahead of me exploring and I was just standing stunned and looking at this ice slope in front of me. During this part, my mom was suddenly with us. I slowly walked around taking the sight in. We started theorizing what this used to be because we were finding evidence of it being a place people lived. I found some small steps and I walked up them and found what could be a bed and just more space. As I was walking, my grandmother and my mother were at a distance, I suddenly saw something move out from in front of the bed and it was a large dog. It looked like a dog that lived up in the far north. After a minute, the bed began moving and someone got out of the bed. The person had a face tattoo and looked somewhat familiar, but I instantly threw up my fists ready to fight since I was startled. I forget what the guy said, but I told him he looked familiar. This guy was clearly staying here because he was homeless. I was trying to ask him if he’d gone to a specific church and he said no.

In the next scene I was outside my grandmother’s old house. I think I was with my sister. I was coming out of the dream, but still in between. The thought or talk came up of calling my other grandmother. As I continued to think on the dream, somehow I realized that I had called her. I picked up my phone and was talking to her. I told her about the cavern and my concern about it being a huge hole underneath the house. Not to mention what it meant and how it was possible being frozen underground. I then told her that it was a dream and not real and told her the rest of the story. She began freaking out because of the leaves and mayflies and said something about the symbolisms. She had asked sarcastically if it was leaves and mayflies and I said yes. It was around this time that I began losing communication with her and the line eventually dropped. As I was trying to get her back on the phone I saw that I had a weather radar app up showing the radar and it was very busy and colorful due to the storm. It was a very strong storm. It was around this time too that I believe mom was coming outside because of me freaking out because my grandmother was freaking out due to the symbolisms. The dream ended as I was trying to get her back on the phone.

———–
Being in the old house, signifies a recent past. We need to get ready to “secure” everything; make sure we are grounded in Christ. Pathways or tunnels mean a transition period and both looks old, so they’re old transition periods. We are going through something that’s been done many, many times. The fact that there are two, could show that this will happen in two stages.

We need to secure our house, because the storm will hit suddenly and it’s going to be turmoil and trouble. The windows – in this case – represent both protection and our perspective on life. Protection, because we can see the trouble going on outside, and perspective because the force of the winds against the windows show that our perspectives will be tested. Mayflies – in this case- represent that this storm will not last long. Since mayflies have a short lifespan, but the storm is strong, this shows that the storm will be powerful, but quick. But it also shows that this storm will bring sadness, pain, and potentially death.

A door represents a portal or entry. My grandmother I believe represents either an angel from God or a past relative since a grandparents can symbolic of past relatives. But she is meant to instruct and lead me. She told me to not secure both ends, in case someone tries to get out. I believe this is showing that there may be people who will want to get to safety, and out of the storm. So this shows, that we cannot rebuke or cast down anyone who is wanting to come to Christ during this time or wanting help period. We must be willing to let them in.

I believe the story of the child represents past events in time, when young believers or immature believers try to get to safety but are rejected at the door (entry). It’s a “ghost story” because those people died spiritually.

The discovery of the ice cave is symbolic of something that is very big that has been hiding hidden underneath our everyday life for years. It’s also symbolic of a false foundation that we have lived on for a long time. (I am still at a loss of what much of the ice cave means. I have my suspicions, but nothing feels right. I will be posting this scene to see what people think it means).

My grandmother walked forward, while I was just stunned at the sight of it all. I believe that this means that when this discovery of the hidden “cave” in the public eye is revealed, we are stunned at the revelation and we slowly move forward in life as we discover. As we continue to explore, we discover someone is currently living in this hidden cave. A dog or “protector”/”alerter” appears and then the man. This man appears homeless and has facial tattoos covering half his face. We are ready to fight because his appearance startles us. The fact that he looks familiar, to me shows me that we’ve seen whatever this man represents before. I believe that it will be made clear that whatever this man represents (which I believe is a spirit), it’s something we’ve grown accustomed to, but haven’t seen it in years since it’s been hiding. I believe that this storm is what will reveal this hidden issue that has been around for a long time.

The scene of the couch shows us speaking with God (Holy Spirit). God is clearly wanting to destroy the hidden and underground cavern, but we are not sure. We’ve grown so accustomed to it that it doesn’t bother us. But God wants to get rid of it.

Being outside of the house means the public eye. To see myself still in the dream, but waking up, shows that we are still “asleep”, but are thinking on the events that are going on. I believe me unintentionally calling my grandmother, means that communication will be made with our older relatives on what this could mean and this gets families talking and realizing the connections. Both sides are freaked out and then that’s when Holy Spirit comes into the picture. This very well could be the connection that needs to be made to wake up the church. The disconnection of communication with the past generations, could show that this causes a “disconnection” between the current generation and the past generation. Seeing the weather map is showing what’s to come. Perhaps we will see what is to come with this storm.

With seeing this dream, I do believe we need to prepare for this next wave of the storm. While I do not know what exactly this will look like, I do think we need to be prepared for the worst. It does appear that this “wave”/storm is going to hurt, because God will be destroying and uprooting a hidden and false foundation. And since a foundation is something we depend on to live, I can already see this not being accepted too well if at all. Many will cry and hate what is going on, but just like the vision I had a few years ago, I believe God is forcing His church to wake up/grow up and no longer being content with their current spiritual state.