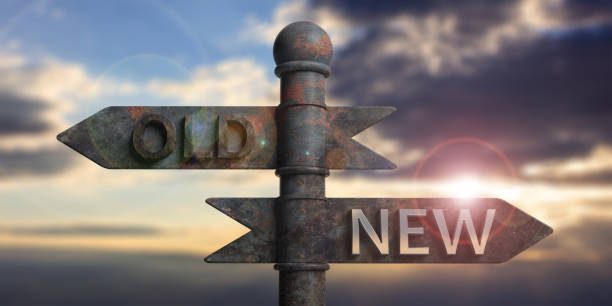 I had this dream on April 23rd, 2019. This dream was a confirmation from the Lord after a conversation I had with Him the previous night regarding old and new wineskins.

In the next scene, I was with this prostitute and I was her pastor. We were going to get her baptized in order to bring her into her new life. Knowing her past, and I am not sure if I was thinking it, or if I was explaining it, that with this, she no longer can or has to return to her current former ways. That she is new. When we were about to walk into the water to baptize the scene shifted.

I was with my dad doing a ride-a-long. (My earthly father was a deputy for over 20years). We were driving and going to different places. At one point, something happened and I was with my grandmother. We were in a different vehicle with different people. I was trying to drive her vehicle from the second row and nothing felt right. The vehicle was going everywhere. Even though it was not damaging the car, I knew the way I was driving had the potential to do bad damage. So I had her take control of the car and I started messing with this iPad. I was trying to figure out what the reason why the car was not working and I was not able to drive regularly anymore. This girl who was in the seat in front of me was trying to work with me and she could not figure it out. So she gave it to me and I couldn’t figure it out. It had to do with the new driver and the new car, both of which were old. That is why I was not able to drive it easily, the configurations were all off. I told my grandmother to go back to the substation so I could get back with my dad. She began heading there.

The scene changed and my grandmother was now dispatching. She had the radio, but we had no screen and we were answering the radio. So we had no visuals of what was actually going on. All the while, we were trying to drive to the nearing substation for me.

As we were driving and doing this, we came to this farm area, but it was also like a warehouse or industrial place. It was across from us and my dad and other police men were at this important call and they were in trouble and needed help. I considered having my grandmother drop me off there, so I could join them, but decided against it. I decided to have her drop me off down the road and I would join them later. While we were driving, calls kept coming in over the radio, some of them were high priority. The calls kept redirecting my grandmother, and so the longer I stayed with my grandmother, the further away I got from my dad, which was where I needed to be. At one point, in this scene, my grandmother had to change the way she was dispatching, because she was not doing it right and was getting complaints. The last thing I remember, I asked her how close we were to the nearest substation and she said we’re getting colder, meaning we’re getting farther away, because of having to go to different places before.

This is the interpretation:
In the first scene I received new things/new wineskins and mixed it with old things. We cannot mix the old with new. We cannot try to do something new, but mix it with something old. They will never be compatible and things can and will eventually go wrong.

In the second scene, the prostitute can be symbolic of us. We give ourselves to things we were never meant to give ourselves to. By being baptized, we are receiving our new life and are to never go back to our old ways, because we have been freed from them.

The scene with my earthly father, this symbolized joining our heavenly Father in our (new wineskins) new life; our new “job”, ministry, etc. My earthly father was a deputy for over 20 years and I have gone on many “ride-a-longs” with him. By going on a ride-a-along in this dream, shows that I am going with Him as a teaching with God. Basically to learn what I will be doing. This is symbolic of us learning from our Father as we begin our new season.

When I was suddenly with my grandmother, this shows when we try to mix old with the new. I was a dispatcher for the same agency my dad was a deputy. So this is showing me going back to dispatching, but mixing it with driving around, instead of fully joining him out in the field. Since Holy Spirit is our teacher and She many times appears as my mother in my dreams, my grandmother appearing is showing the “old teacher/old way of life”. I am no longer with Holy Spirit, but an old/former teacher. The old teacher is in the driver’s seat, and I am in the back and still attempting to drive, meaning I am still trying to control my life.

When someone is in the backseat in a dream, that shows they do not have control of their life. I recognize in this scene that nothing feels right and I am unable to control my life correctly. I end up giving the full control to my grandmother and then I begin trying to figure out why things are not working correctly. After some troubleshooting, I discover that I am not doing things correctly and I am not in the right place. I need to join my father, but I ultimately choose not to and tell my grandmother to go to the nearest substation.

In this case, the substation (district base), can be considered a church. Instead of going back directly to the Father or going to a church (fellowship) for guidance, I continue to stay with my grandmother, and we are continuously getting pulled to and fro, I continue to go further and further away from where I am needing to be: with my father. The calls we were getting are issues in life and the complaints we were getting were because if we are not in the right place in life, things will not go smoothly. I am trying to mix lives and it is not working and causing more issues than resolutions.

This is ultimately what happens when we begin a new season with God, but we get pulled back into our old way of life or try to mix the old with the new. Even when we know that we need to return fully to our new way of life and do that soley, we decide to continue to mix in the old way. We recognize that nothing feels right, but the longer we stay and do not return (repent), the further we get away from where we need to be and the worst will get.

Feel free to comment on this. I pray this helps those who needed it.